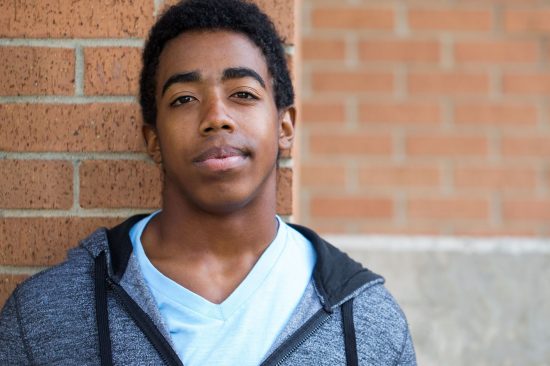 There was a promise Jarel’s mother always made to him, growing up. She’d say, “One day we’ll get our own place to live.”

But she was an alcoholic and never delivered on that promise, even when she had the money, so Jarel slept on the sofas and spare beds of other peoples’ homes. By age 15, he had nothing; he felt like a nothing. He was failing in school and he made a mistake – the biggest of his life. He stole a car.

That mistake brought him to us and it might well have saved his life because this is what we saw right away: Jarel has a debilitating learning disorder, and he can’t do basic math or read beyond an elementary-grade level. The inability to keep up in class and the chaos of his life had pointed him to the streets – a place that preyed on his vulnerabilities.

Jarel was trying to fit in somewhere as life was leaving him behind. “He’s the sweetest kid; there’s not a mean bone in his body,” says Tiffany Powell, program manager for our boys’ transitional living home. “But he’s gullible, and he’ll do what you tell him to do. If he gets around bad people, he’ll do what they say.”

When he came to us, Jarel had no understanding of nutrition or cooking – he thought he could live off the McDonald’s dollar menu. He had no familiarity with table manners. He didn’t know how to adjust his behavior when time and place called for it. He had to learn the mundane rules of life and skills for his own survival – how to apply for a job and be reliable; how to save money, budget, and write a check.

Today Jarel works in a fast food restaurant. He is struggling to pass the GED with his learning disability and years of education missing, but he’s trying, and if he succeeds he might go for a welding certification.

Later this year when Jarel turns 18, we’ll have to send him out – but we won’t let him go. We’ll help him get an apartment with furniture and a roommate, a place where he can catch the bus to work, and we’ll stay in touch to keep him accountable.

It won’t be a lot, but it’ll be a place of his own, and in Jarel’s experience that’s a huge step forward. Life has never been better.