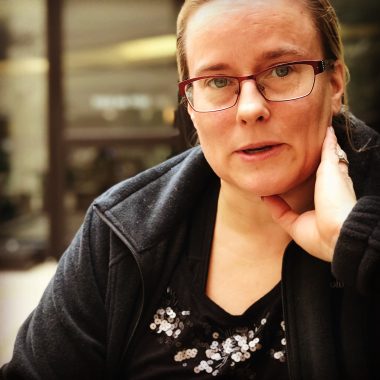 My son went over to a sleepover with a friend. I dropped him off and drove all the way home before he called to say, ‘the mom was just arrested.’ And I was like, ‘what?’ And he said, ‘yeah, and they left all the kids here with the grandma.’ So I went to the house and the younger kids were crying, there was a lot of stuff there that I never saw before. There was no food in the house and it looked like everything just fell apart. Water main broke so it was flooded and I’m sitting there amidst this mess and my chest hurts because I don’t know what to do in this situation. I’d never been in this situation before. So I just told the grandma, ‘We’re going to take the kids for a sleepover.’ She was already upset because her daughter had been arrested, so the last thing she needed were four kids to watch. So we brought them all to the house and we fed them. That was my introduction to foster care. It was one of those life moment decisions. Foster care was never on my radar. Ever. That was over 10 years ago. I reunited with those kids a couple of years ago. They call me the ‘mom who took care of them.’