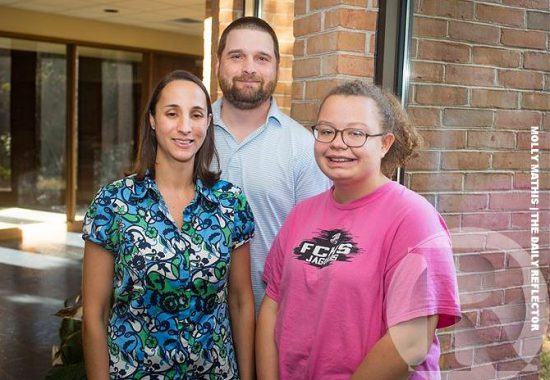 This article by Kim Grizzard appeared in the June 17, 2018 issue of The Daily Reflector

Steve and Amber Dunn did not have a chance to hear their daughter’s first words. They never got to sit next to her crib at night and watch her sleep.

Mae was practically a teenager before they ever even heard her voice, a middle-schooler before she spent a single night under their roof.

But as the days and weeks passed, a bond began to form between the three of them. And over the years, the relationship that they fostered forged them into the family they had always wanted.