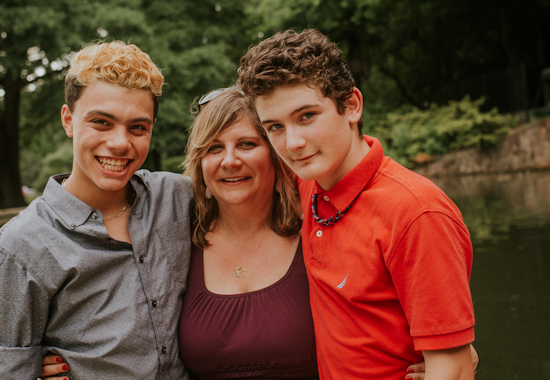 Teresa Oakley is a therapeutic foster parent. She and Steven, parents of 13-year-old Nathan, set out to foster young children (under the age of 5) but realized they most enjoyed parenting young teens. Teresa shares what she’s learned from being a foster parent.

Fostering children is really, really hard at times. You think you are not getting through to their hearts. Steven and I spent many hours letting our children know that we are not perfect, we will not judge them, we will fight for them, we will love them – even when it was hard for them to love back.

Our home became a place for us to serve: We had lying Saturdays (our designated morning to lie as much as we wanted), we coached with humor instead of criticized with shame, we empathized and pushed transparency for unconditional love and support. We treated all behaviors as normal for them, and we advocated for who they were and what their dreams were. All in all, our journey to adopt taught us one thing: To minimize our expectations of how these children could attach or love back, but maximize treating them like they were one of our own children.

We’ve watched children hurt because they were in foster care, we’ve listened to them tell us how much they missed their family – even though we knew some family were not safe for them to be around. These children began to teach us that no matter what, all they wanted in their life was for someone to be there, somewhere they could feel valued – like I think we all need in our lives.