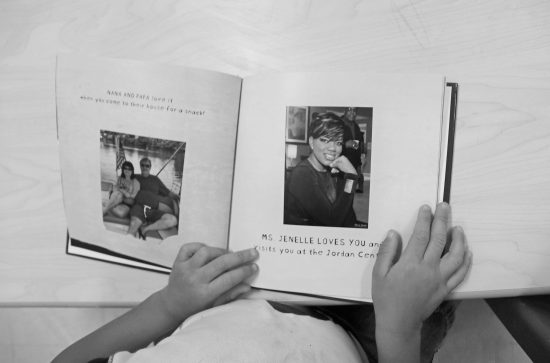 September 2017   It’s happened ever since Jack* was born. People would appear in his life, then disappear, replaced by other people he didn’t know.

Jack tested positive for cocaine and opioids at birth, and he went directly from the hospital to foster care. There was no photo album for this baby; no mother’s memories of his ﬁrst steps or ﬁrst words. The details of his early childhood were scattered across four foster homes and 10 daycare centers.

When Jack came to Methodist Home for Children in February, he was 3 years old – socially withdrawn, ridden with anxiety. This little boy with no family attachments asked constantly what would happen to him next. We knew we couldn’t spare Jack additional losses in his life. But we could do this:

We could surround him with love and consistency.
We could ease his anxieties and the tantrums they stoked.
We could be with him.

We placed Jack with an experienced foster family – parents not looking to adopt, but willing to be present and be patient. We enrolled him in preschool at our Jordan Child & Family Enrichment Center. Home and school wrapped around him, using the same language and calming techniques to ease him from one activity to another, one day to the next.

We began to create family for Jack, and family began to create a world in which people could be trusted to come back. When his foster parents traveled abroad to celebrate an anniversary, they wrote Jack a stack of letters, one for each day they’d be gone. The letters were part of a daily ritual that comforted Jack and connected two families – the foster parents who wrote them and the respite parents who read them.

Both families are with Jack, still. His respite parents are in the process of adopting him, and he lives with them full time; his former foster parents ﬁll in as extended family. When his adoption is ﬁnalized, we look forward to sharing the rest of the story.

*a pseudonym until adoption is ﬁnalized