Ruth as a young woman

The Kindness of a Coat

Lauren wonders how it felt – to be 6 years old, leaving home to go live in an orphanage 65 miles away. Or what it was like to spend the rest of your childhood there; to age out into the world at 17 with no family. No safety net.

She thinks about it a lot, actually, because it’s the long-untold story of her late mother’s life.

Lauren knew Ruth as a loving mother; an elegant, determined, and intelligent woman who taught first grade before marrying and starting a family. She and Lauren’s father raised their only child in Florida.

But Ruth was silent on the subject of her childhood. There were no photographs, no stories. Nothing, beyond the fact that she grew up in an orphanage in North Carolina, and she passed away saying no more.

Curious about her mother’s early life, Lauren came to us in 2016 hoping to find Ruth in our archives. And, to her surprise, she did. Ruth was here.

Ruth came to us in 1929, the year her own mother died. On July 6 of that year her grieving father, unable to care for Ruth and her older sister, petitioned for them to be placed at Methodist Orphanage. Seven months later, he also had died.

Ruth stayed at Methodist Orphanage until she graduated in 1938, valedictorian of her class. As she set off for classes at the East Carolina Teacher’s College, the orphanage superintendent wanted her to have a new coat. He didn’t have the budget for a coat, but he did have connections at Edenton Street United Methodist Church in Raleigh. At his request, the Betsy Peele Sunday school class – started as the “Business Girls Class” for young working women – bought Ruth a coat and went on to support her with $100 per year while she was in college. 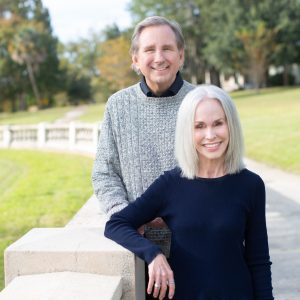 Those kindnesses made an impression on Lauren: Someone cared for her mother. And because someone did it for her mother, Lauren is doing it for someone else.

Lauren and her husband, Jeff, have set up the Ruth Wright Lucas Fund at Methodist Home for Children to help young people make the transition to independence. They want the fund to meet the unique needs of each individual – clothing for an interview or work; personal expenses associated with college or vocational training; living expenses such as rent, utilities, transportation; medical needs; or mentoring and counseling expenses.

If you would like to contribute to the Ruth Wright Lucas Fund, contact us at [email protected].