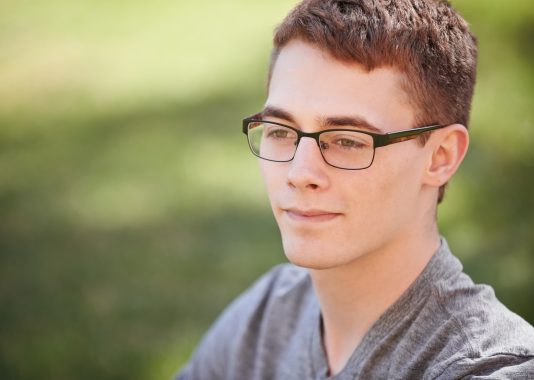 His family shut him out but he is forging ahead

When he was 15 Quinn was a smart, well-liked 10th grader – active in his school’s athletics and clubs. That changed in an instant when he did something irrational and impulsive. No amount of regret could undo it and Quinn ended up in court.

A week later, Quinn was sent to one of our crisis & assessment centers and 30 days after that, he was accepted into our transitional living program. And this is where Quinn’s story turns.

Cast off by his parents, Quinn took control of his life. He accepted responsibility for what he did, made amends as best he could, and decided to move forward.

Now, barely 17, Quinn has graduated from high school and started college. He works full time at a restaurant, but he’s struggling. When he realized how difficult it would be to work, make ends meet, and succeed in college, he enlisted in the Army. There he plans to continue his education and train for a career in cyber security.

Everyone has a back story, everyone makes mistakes. But Quinn has learned he can rise above his worst moment and create a life worth living – and worth sharing.

What is transitional living?