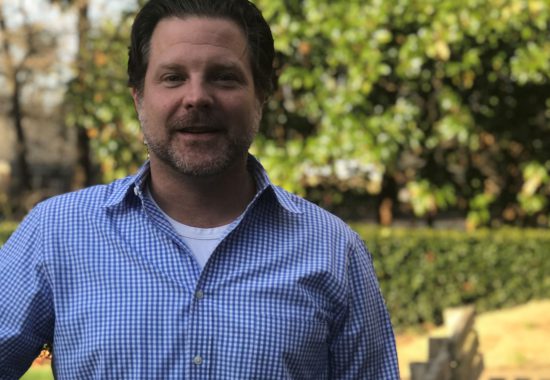 Your gifts in action

Sam Gray, Psy.D, is chief psychologist over our crisis & assessment centers, a partnership with the N.C. Department of Public Safety

It was nine days after the school shooting in Parkland, Fla. Law enforcement was on high alert as nearly 700 copycat threats were reported across the country. We got the call that an 8-year-old boy was coming to our Insight Crisis & Assessment Center. Toby was among a handful of children and teens detained in North Carolina for communicating threats in the aftermath of Parkland – and one of the youngest to ever come into our juvenile justice programs.

His arrival was shocking, even to our most seasoned staff, but he was there because nobody wants to incarcerate an 8-year old – and nobody wants to miss the red flags that might signal another tragedy.

Red flags are our specialty. No one else in the nation evaluates court-involved kids the way we do at our crisis & assessment centers.

Red flag behaviors can signal a lot of different things. They can be a cry for help. They can cover for a low IQ or cognitive problems. In Toby’s case, they pointed to early symptoms of mental illness and a behavioral disorder.

Red flags can warn also of something darker – a lack of conscience or empathy.

“This kid in Florida, yes, he was depressed but that’s not the story,” Dr. Gray says. “His whole mindset was the issue. It wasn’t depression that caused him to go shoot up the school. It was something much more characterological.”

Compared to adults, children and teens are much more capable of changing their character and behaviors. But before you can help them, or assess their threat to the community, you have to get the diagnosis right. The mental health standard – an hour-long interview for a comprehensive clinical assessment – isn’t built to measure mindset problems like personality disorders or intellectual functioning.

A wrong diagnosis is attached to roughly one in five kids coming into our crisis & assessment centers. We’re able to detect misdiagnoses because we keep kids for up to 30 days – and in that time, we get to know them through psychometric testing and daily interactions around schoolwork, chores, or down time. When we’re done, we have evidence to support or refute a diagnosis.

Beyond that, we have a treatment plan to build on the great things we found in each kid – because all along, we’ve been looking for the strengths that might help him or her out in the world. A child who is oppositional or defiant may also be resilient – he’ll stand up for himself, and that’s a good skill if he learns to use it properly. Psychopaths, too, can become successful in business if they channel their mental toughness and fearlessness.

“We want to pull these kids out of the spin, the juvenile justice cycle,” Gray says. “And we want to get them to a place where they can be productive.”

1. We test everyone for IQ, mental health symptoms, and personality traits.

2. If these findings raise red flags, we can order a second round of testing for:

3. We get the diagnosis right.
4. We identify individual needs and strengths.
5. We recommend treatment based on their diagnoses and refer them to the right evidence-based services when they leave.
6. We connect kids with prosocial programs and structured activities in their community.