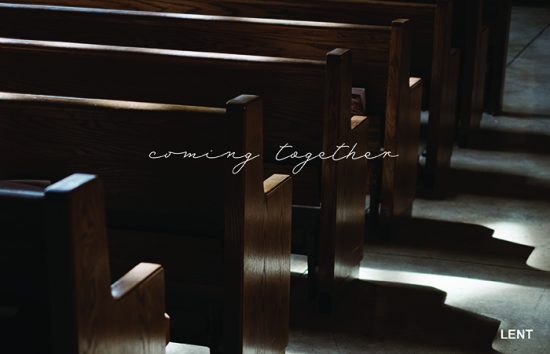 When Ezekiel was given this vision by God, Israel was at one of her lowest points. The Babylonians had taken Jerusalem’s best and brightest back to Babylon. Not only were these Jews being held captive, they were being integrated into Babylonian life and being raised as other than Jews. Meanwhile, Jerusalem was a barren mess. Jews there were living with fear instead of faith and their hearts were full of despair rather than devotion. To both the suffering and bewildered Jewish diaspora and the Jews remaining in Israel, God spoke these powerful words of hope: I will bring you back.

In the United States it resonated with the ones whom we held captive. Our slaves, suffering horror unimaginable to most, found hope in Ezekiel’s words. They fashioned a song, “Dem Bones Gonna Rise Again” that was sung as both lament and encouragement. The song captures the components of Ezekiel’s vision: human bones, scattered and torn asunder; the sound of rattling as bone joins bone; the blowing, flowing wind as God breathes life to the bones.

This Lenten Season we find ourselves in isolation, torn from corporate worship, places of work, and even apart from family members whom we cannot hug or even visit. We ask, “Can these scattered remnants of a once proud people find life again?” How can we come together, remain connected, so that we can live.

I am full of hope as I see winds of change blowing through our land. A Sunday school class at Edenton Street UMC stays in touch with some of the church’s elderly by dropping off meals to their homes. It is not ideal that the meal must be left outside, yet it is a great way to connect. One of our neighbors has decorated their carport pillars with balloons so those out walking can see that hope springs forth. Others have pulled their Christmas lights back out of the attic as Advent and Lent collide. If you have tried to connect using Free Conference Call, Google, Zoom, or other platforms you may have experienced difficulty with access as their servers are overloaded with persons needing and wanting to communicate.

Ezekiel’s prophetic word is clear. Things have fallen apart and the people have become scattered. Can these bones live again? With confidence that God is sovereign and God’s will cannot be prevented, we answer a resounding yes. We join our voices and sing, “Dem bones gonna rise again!”