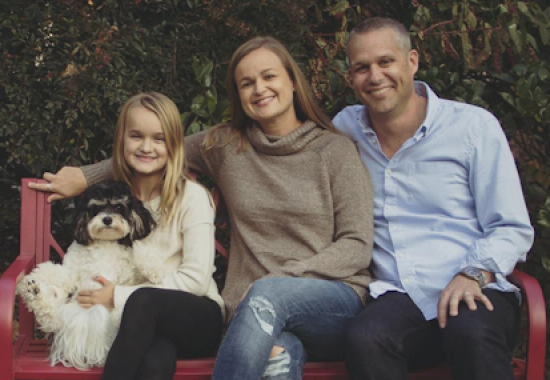 It’s one of the sacrifices we ask of foster families – that they love and protect the children in their home and stand ready to let go.

January 2017   Mandy tells the story of her family:

When I try to sum up the critical events of my life, it looks like this:

We all have dates like this. The dates that we don’t have to look up. The ones that change our lives so significantly that we feel like a different person – our views, thoughts, and priorities immediately shift.

Let’s go back to our first baby.

Our family story easily could have ended with our daughter. I didn’t love being pregnant and our daughter was a beautiful handful as a baby. But both Doug and I have brothers and sisters we adore – siblings who drive us crazy in the very best way. We wanted our daughter to have that experience.

So, we had our second baby, Denny. Denny was 8 pounds, 6 ounces of perfection. Born on his sister’s birthday, they shared an immediate bond. I had a mini-me, Doug had a mini-him, Darian and Denny had each other – we were good.

In January 2012, we noticed that Denny was walking with a hunch. That prompted us to feel around in his belly – it felt hard. I took him to the doctor, dressed in a suit as I fully intended to head off to work after I had him checked out. Many hours and tests later, the doctor came in to tell us that Denny had cancer.

Doctor: “Your son has liver cancer.”
Me: “I don’t understand what you’re saying. Are you telling me that he’s going to die?”
Doctor: “I don’t know. What I do know is that you’re going to get an opportunity to make more memories together as a family.”

There’s a lot of bad in that short conversation. Our son had cancer and we weren’t getting any assurances of a positive outcome. But there was also something that we could be certain of, and it was wonderful: You are going to have an opportunity to make more memories together as a family. This was something within our control.

The first year of treatment, Denny spent over 125 nights in the hospital, had 14 rounds of chemo and 8 surgeries. We learned quickly that kids are super resilient. It would have been reasonable for Denny to have been completely grumpy having all of that done to his little body. His personality wasn’t fussy at all though. He was happy, silly, sneaky, mischievous, and fun. He could be puking and partying within the same hour.

It also would have been completely reasonable for Darian to be mad or sad that we left her with family often to be in the hospital with Denny. That isn’t her personality either though. Darian is a caregiver, so gentle and kind. She is also happy and fun.

The second year post-diagnosis, Denny’s cancer was still there. We flew to Boston to meet with the transplant team. The team agreed to put him on the transplant list under one condition – we had to be willing to keep him in Boston until they said he could leave. Denny stayed in Boston for six months. We kept our family together there when we could.

The third year post-diagnosis, Denny’s cancer came back in full force. We had put his little body through so much. The doctors told us that they had no curative treatment to offer. We spent the next four months living what we called the “Make-a-Wish” lifestyle. Basically, that meant we let the kids pick crazy fun things to do all the time – Great Wolf Lodge, tubing, Disney World again, the beach, shopping sprees. Sometimes they didn’t want to go anywhere; they just wanted to eat Dunkin Donuts munchkins and M&Ms – and that was fine too. Denny said almost every day, “This is the best day ever.”

Of course, I wish Denny is still with us. But I feel incredibly lucky with the way things happened. I breathed in every bit of his essence. I traced the outline of his transplant scar at least a thousand times. I memorized the features of his face – the dimple in his right cheek that appeared first when he was trying to hide a smile and his super long eyelashes.

What I never would have expected is the way being Denny’s mother changed the way I feel about children. I am a literacy volunteer at Denny’s old school and when those kids read to me, I have such a deep appreciation for each of them. They are unique little creatures – some shy, some confident, some animated. For the few minutes I spend with them each week, I breathe them in. I am proud of them and love to see their progress. It’s like this for me with all children now. Kids that I may have thought were “bad” before Denny – I now think maybe they’re not feeling well or they’ve had a tough day.

Our hearts and our capacity to love grew after parenting through Denny’s cancer treatment. We started looking at adoption right after Denny died. After checking out adoption of older children, we began to consider: Could we foster kids? Would we be OK “losing” another child?

The more this sat with us, the more it felt like exactly what we should do.

Just like with any child, we don’t know how long they’ll be with us.

Just like with any child, they’ll have good days and bad days – or more accurately, good and bad moments within their days.

And just like with any child, we’ll have the opportunity to love them fiercely and make memories with them.