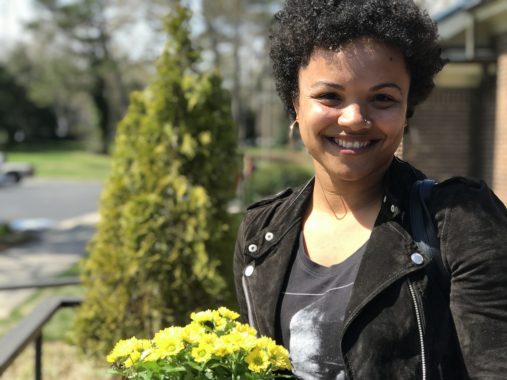 Keesha is one of our family success coaches

“I worked with him for 6 months and I really saw a completely different kid by the end of it. He was originally referred to us last year – he was suspended over 10 times in a school period for different things: fighting on the bus, talking back to teachers, things like that. He grew up with his dad. His mom is on drugs and not in the picture and he doesn’t have a great relationship with his stepmom – he would be disrespectful to her, curse her out, and things like that. And so he really needed a positive female role model, and to learn how to appreciate, and speak to, and interact with women in a more positive way.

“The first card says, ‘Tell me about your favorite snack’ and then the questions get progressively more intense. Soon you’re asking, ‘Tell me the time you got mad at dad and how did that make you feel.’

“When we first started playing the ‘ungame,’ he wasn’t interested. He would just say, ‘I don’t know,’ to everything. Whereas the last time I saw him, his dad played along and they were asking for more cards. And he really liked it because it opened up communication with him and his dad.

“But he’s made a huge change since last year. He did teen court and really liked being a juror and is now interested in maybe going to school for law. He’s been connected with a few different mentor programs, similar to a Big Brother, Big Sister. His grades are up; he was failing everything and now he has a B average and he just has a completely different attitude than when I first met him.

“I love this job but it has its challenges, definitely. Sometimes, the families can be a bit challenging, just with seeing mom or dad’s lack of participation or unwillingness to look at their own issues. They usually just want to focus on the child’s issues and not see that the family dynamic as a whole is what creates the issues for the kiddo.”

One comment on “The child I can’t forget: Keesha”