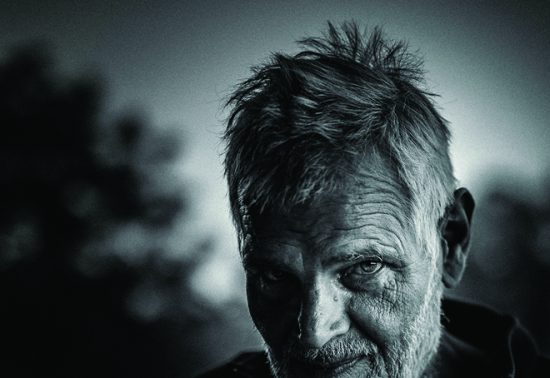 The Word of God came to John, son of Zechariah, while he was in the wilderness. He emerged and went about all of the region of the Jordan, preaching baptism of repentance for the forgiveness of sins.
Luke 3:2

The second Sunday of Advent features the role of John the Baptist and highlights his work of “preparing the way of the Lord.” His presence is jolting. We beautify most of the people in the Christmas story: the shining angel Gabriel, the beautiful young Mary, the handsome and resolute Joseph, earnest shepherds, and wise men wearing ermine capes and crowns of gold. We cannot however make John the Baptist beautiful. His hair is uncut and likely unkempt. He wears a camel’s hair shirt to chafe and cut him as a reminder of his sin. He is an ascetic whose diet includes desert insects. His manner is confrontational and his message of repentance not always easy to hear. John’s presentation of self is as much (if not more of) a challenge than his preaching.

In every congregation of which I have been pastor there has been an awkward person of simple, straightforward piety. In each instance, most church members have had a hard time either accepting their expression of faith or incorporating them socially. One of my favorites was a man who lived very simply and alone in a single wide trailer. His life was centered on the Word and the waves. His hair was surfer long, pulled back in a ponytail. He had a pronounced goatee into which he had woven beads. He worked as a night clerk in a hotel so that he could have dedicated time each night to read and memorize scripture and so he could have his early morning hours to surf while the waves were best. He witnessed to literally EVERYONE he met. One of our district superintendents, a guest in that hotel, called me to compliment me on the fervor of my parishioner. The DS said that when he arrived, the man was reading his Bible and immediately offered his witness. I had another surfer in the church who told me that he was at our church because of this person’s testimony on the surf board. He said, “You have a pulpit but he has a platform upon which he floats, swims, and surfs. While young persons are bragging about partying or other things, he is quoting scripture and urging them to holiness. But, while many love him, there are plenty who avoid him.”

This man was so totally devoted to a life of simplicity and study that I really wanted to find a place in formal leadership for him. But when I tried to recruit him, he smiled and politely declined. He said, “You haven’t been here long enough to know that won’t work. People here love me but they don’t know what to do with me. I can’t hold back from challenging persons about their lack of devotion, study, and commitment. I have tried to work that way but I just don’t fit in. My ministry is at the check-in desk providing hospitality and in my wet suit on the waves calling attention to God’s creative work.”

During this Advent season, my hope and prayer is that we will each have our ears, eyes, and hearts open to hear the eloquent message of God’s awkward people. Like John the Baptist, they, too, are part of the Christmas story. Let us not simply tolerate those whose difference from us is a challenge, but accept that the Word of God dwells in each and every person. Only then can we truly prepare the way.