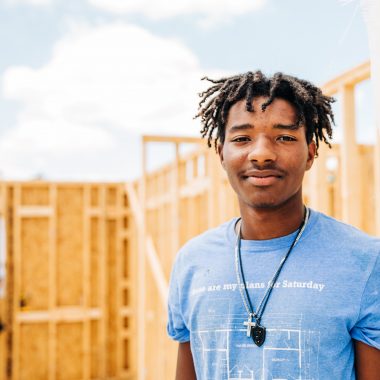 Give Taisean some encouragement! Use the Leave a Reply field at the bottom of this page.

This is your life

Three weeks ago, he helped clear the land. It was his first time on a job site, but he came ready to learn.

“He’s like a sponge,” the foreman tells us. “He absorbs everything. And he wants to learn how to do things the right way. If he was 18, I’d offer him a job right now. That’s how good he is.”

Taisean still has a couple of years before he’s 18, so there’s time to decide if construction is in his future. Right now his focus is on completing high school, earning money at a part-time job, and volunteering with Habitat for Humanity. 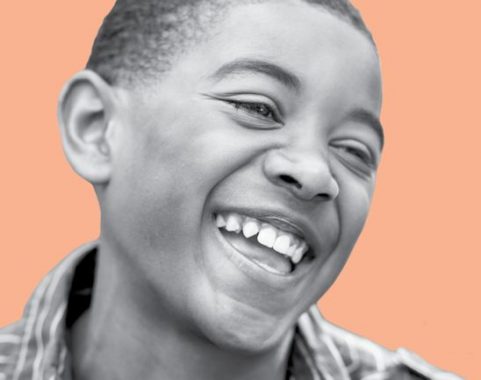 we had to celebrate and be glad, because this brother of yours was dead and is alive again; he was lost and is found —Luke 15:3

Every child deserves a chance – we believe that to our core. But sometimes a chance isn’t enough.

Sometimes a child has been neglected or abused to the point he needs more than just a chance.

Trent was just 11 when he entered the juvenile justice system, and nobody was surprised. His parents were in and out of jail. His older brother is the one who taught him to break into houses and steal cars. There was no hope for him at home.

By the time he was 13, Trent was in youth prison.

That’s a lot of trouble for someone so young. And while it might be tempting to see Trent in those terms only – we see something else.

We train our eyes to see with compassion, as Christ teaches us in the parable of the prodigal son, and we ask this –

If God’s grace for us is infinite, what is the limit of ours for children who are lost?

You know the answer.

You made a place for Trent when he had nowhere else to go. Because you care, Trent came to us.

Trent is in one of our transitional living homes, learning how to be a responsible adult. When we look at him we see a teenager who’s playful, gangly, and a little goofy. He wants what other teens want – to learn to drive, to have a phone. He wants to have friends and good influences in his life.

Trent knows God has a better plan for his life, and he is trying to figure it out. He is taking classes at a local community college, working his first job at KFC. He volunteers at the animal shelter and Meals on Wheels. He has opened a bank account.

And for this, we celebrate. Trent is not a lost cause. He’s more alive now than he’s ever been. 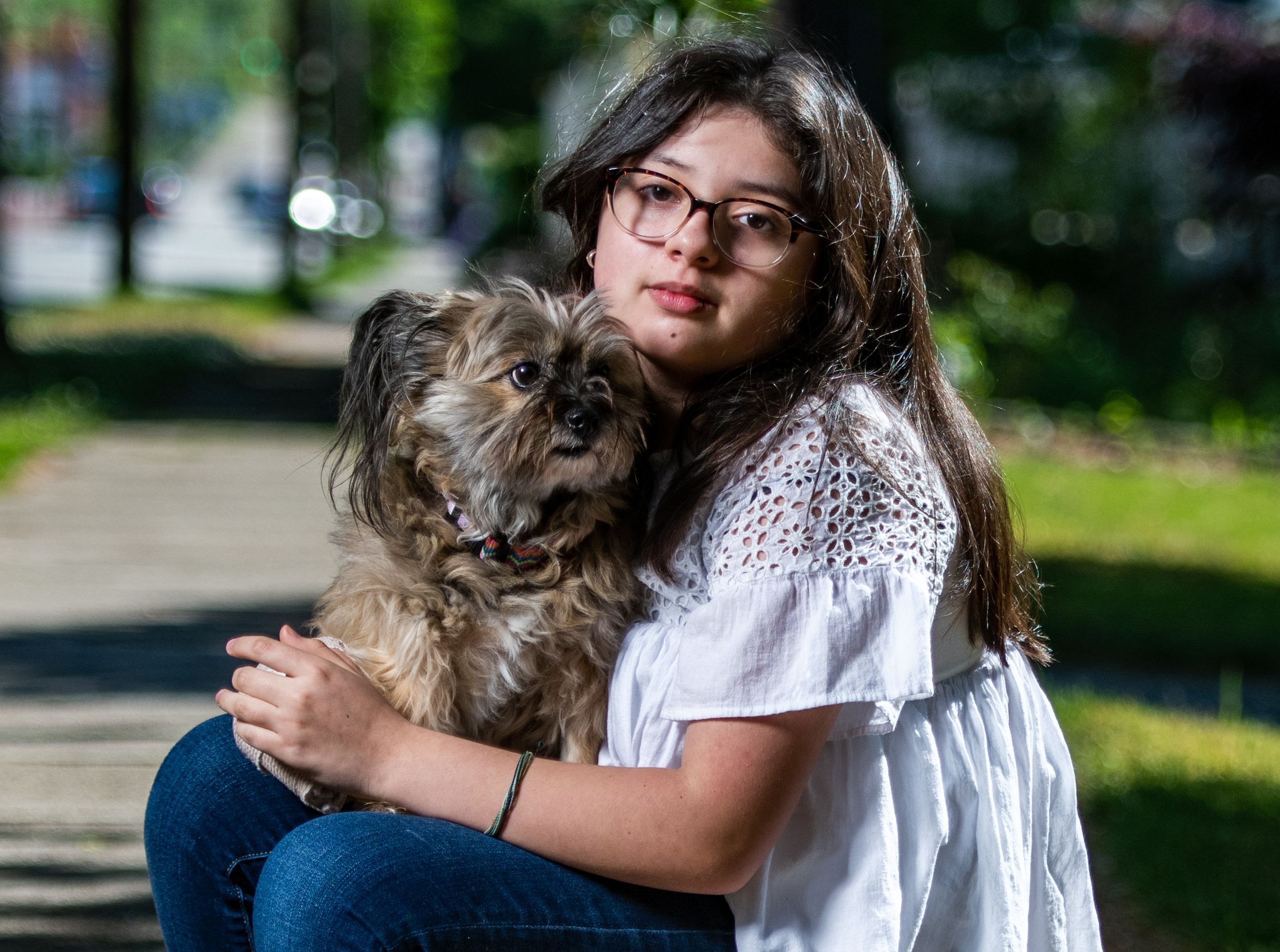 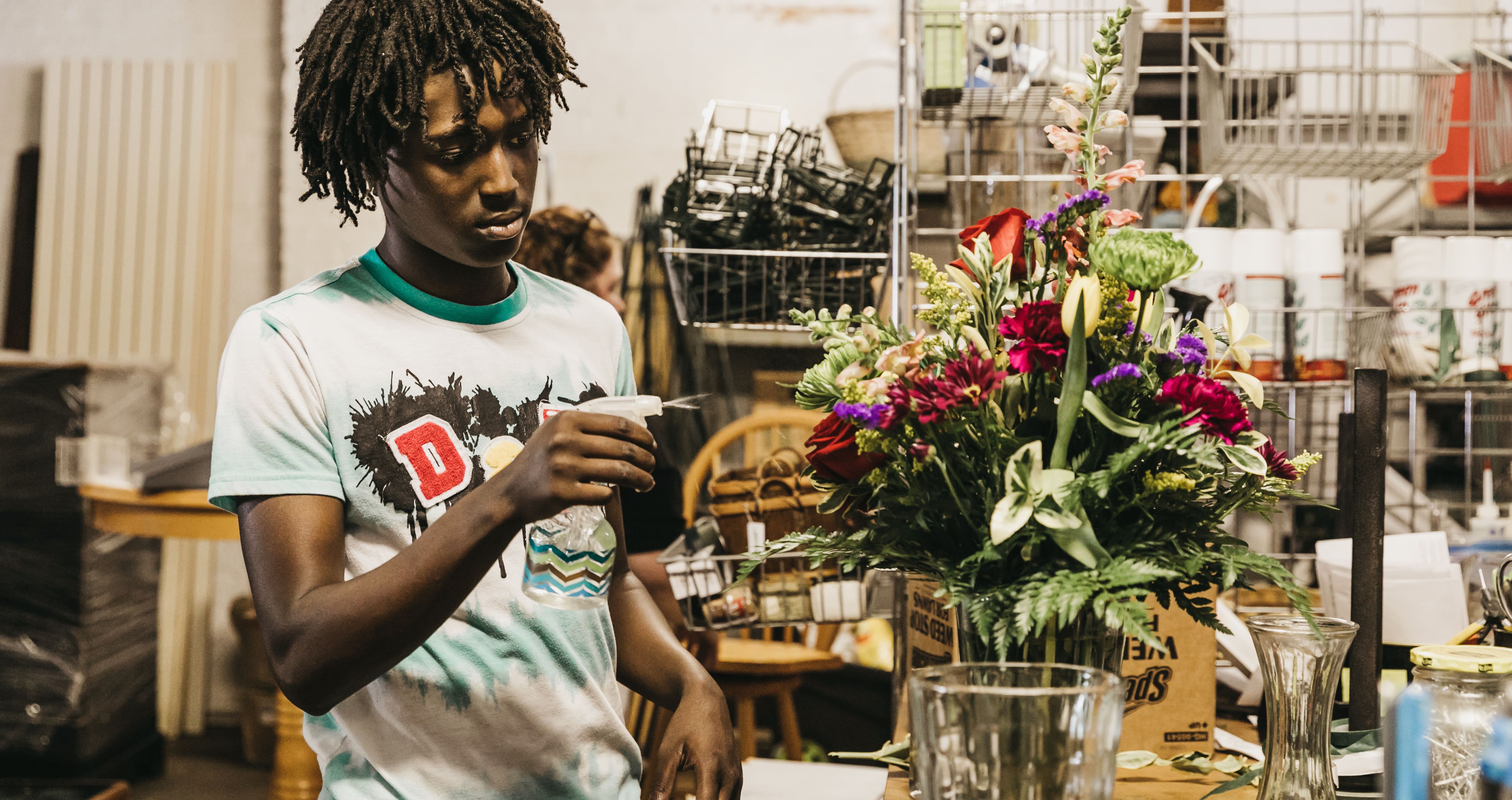 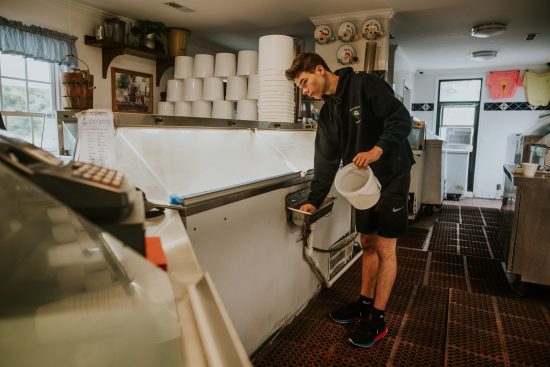 The place won’t open for 30 minutes but cars are already lining up. Inside, Kamryn stacks empty buckets, getting the ice cream shop ready. This is his first real job and it’s important to him. “I’m saving for a car,” he says. “Right now I’m looking at a Toyota 4Runner, but that could change.”

“His first car will probably be our old Pontiac out there.”

That dad comment comes from Jeff. And even though he and Marie have been Kamryn’s parents for only a few months, all three are comfortable in their roles – and they’re happy.

Like so many others, Marie and Jeff came to us in hopes of fostering or adopting children. Young children. Toddlers. “From the beginning we said ‘no teenagers,’ ” Jeff says. “But the first weekend Kamryn came for a respite visit – and the rest, as they say, is history.”

History. Kamryn’s now includes Marie, Jeff, six cats, and Grace, the dog. Their story together will stretch far beyond Kamryn’s last two years of high school and well into the future. It will include the college years, career choices, marriage advice, and – someday – maybe even grandchildren.

As they talk about what it means to become a family at this stage, Jeff says, “Kamryn has a good head on his shoulders. We are here to help provide boundaries, keep him on track.”

Marie adds, “I think he’s further along than a lot of people his age. He knows what he wants to accomplish in the next few years and he has a big-picture mentality of his future.” 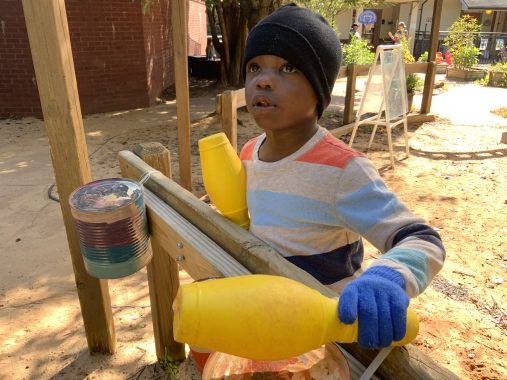 Life is a song.

Music is his love language.

Shemar has a tune on his lips and a song for everything: His plastic tools – there’s a song for his wrench when he “fixes” things around the house – and the lotion his dad rubs on after bath-time.

“You can get him excited about anything if you make up a song about it,” his dad, Jeremy, laughs. “He’s adorable,” says Jadie, his mom. “And he knows how cute he is, too.”

Shemar came to Jeremy and Jadie three years ago – not long after their boys started asking when they’d get a baby, since their preschool friends were getting siblings. At 2 years old, Shemar was not the baby Davis and Kannon expected – but he was old enough to wrestle, and that was a plus.

Besides tumbling with his brothers, Shemar loves family dance parties and jumping on the trampoline. His adoption was finalized earlier this year, so he has a big extended family with grandparents, aunts, uncles, cousins, and – because there’s always room for love – his birth mother and younger sister. 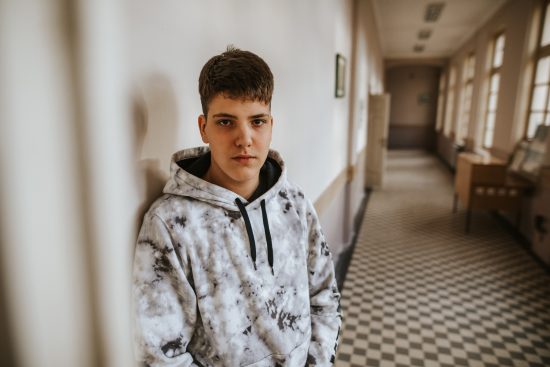 When John came to us, he was 14 years old and hadn’t been in a classroom for years. In fact, we searched and never found middle school records for him. Testing revealed he was working barely above an elementary grade level.

John was angry and discouraged when we met, and we understood. He was living unparented in a house without regular meals or clothes for school. He’d lost his mom when he was 4 and his father, remarried, was in and out of his life, serving time in prison or traveling to construction jobs.

We knew John needed a lot of help academically – but before that could happen, he needed to know somebody believed in him. That’s where Ms. Mary begins her work. She’s the full-time teacher in his group home, and she understands how kids like John are resigned to failure, afraid to try. “We all told him you can do this,” Mary says. “You can do this. Every day we said, we are going to make sure that you have food to eat, you have clothes to wear, you have a shower, you are going to school – and you are going to do what you need to do.”

Mary started by giving John work she knew he could handle. “When he realized he could do it, he got that success experience. He lost a little bit of his fear. Then he tried something else and moved up, building on that success and starting to believe in himself.”

John is in high school now, with plans to go to culinary school – and we are delighted to see him working toward a dream. It’s because of you that children like John are able to learn, love, and discover their God-given talents. Your compassion, prayer, and gifts give them hope.